No more plastic in our ocean!

The ocean is a vast, beautiful and deeply interconnected treasure. In short, it’s huge, and the perfect out-of-sight dumping ground for the things we no longer want (fact: 80% of the plastics entering the ocean comes from landfills).

The reality?
Over 8 million tonnes of plastic waste enters our oceans each year. And with more plastic produced in the last decade than in the entire 20th century, if we don’t act now there will be more plastic than fish in the sea by 2050.

That’s where we come in.
In 2018, after seeing this world of forgotten waste littering once-pristine beaches on their travels, friends Sven Jacobi and Michiel Reinoud were inspired to create MBRC – a company that could disrupt how companies operate, and serve a greater purpose.

For us, that greater good is to be a voice for the oceans.
As a 100% nonprofit organisation, MBRC Foundation does this by organizing voluntary beach cleanups around the globe, empowering local communities to clean their ocean fronts (and make a living from it, too), partnering with like-minded ambassadors to spread the word, and offering courses that teach the next gen to care for the oceans as much as we do. 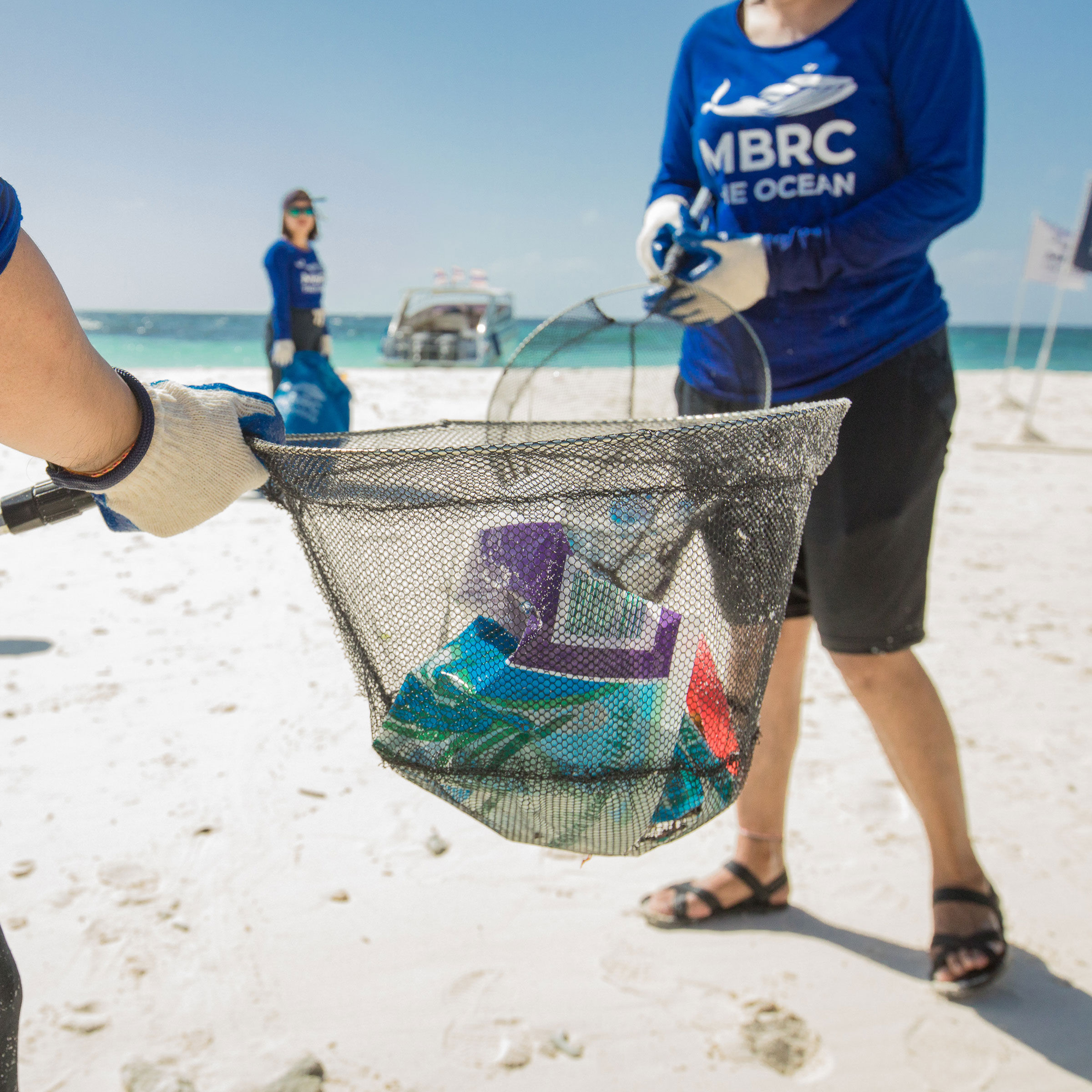 Over 8 million tonnes of plastic enter the ocean every year!

Our Oceans are drowning in plastic waste.
If we do not act now, there will be more plastic than fish in the sea in 2050.