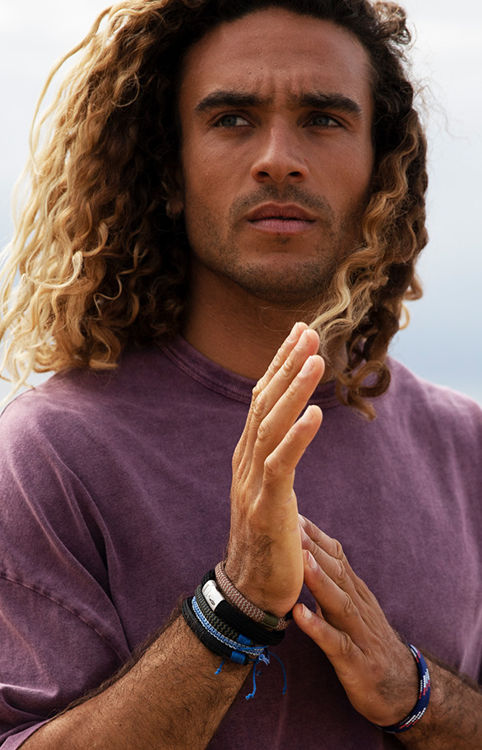 From surfing volcanoes to being an advocate for ocean sustainability, the Dutch kitesurfer (and former hockey star) is in a league of his own.

First, it was hockey, rising the ranks to be selected to play in the Dutch National hockey team. But shortly after moving to the seaside town of Zeeland, he became hooked by the local (and slightly more extreme) sport of kitesurfing – immediately trading hockey stick and turf for surfboard and saltwater, and a life travelling the world for ever-more exotic oceans, seas and lakes to challenge himself.

To date, Pijls has kitesurfed the red-tinted waters of Tanzania’s Lake Natron, among the jungles and pristine reef passes of Indonesia, surfed inside an Icelandic volcano and even soared down the line of one of the world’s longest waves at Namibia’s Skeleton Bay – sharing all his adventures on Instagram and YouTube so fans can join him on his wild rides.

Naturally, all that time spent in the water has had a profound impact on Pijls’ views on our environment and ultimately, the importance of protecting our oceans. “As a professional kitesurfer I am spending more hours in the ocean than on land,” he says. “I want to make people aware that we need to protect mother nature and the oceans as good as possible to not lose her.”

We’re proud to partner with Pijls as an MBRC ambassador, on our shared journey to clean up the world’s oceans. “I love the mission of MBRC The Ocean. The ocean is the biggest playground in the world, so let’s keep it clean to make sure everyone can enjoy it.”

“We are cleaning up the ocean and beaches, but we are also able to reuse this into fashionable items. Win, win!”